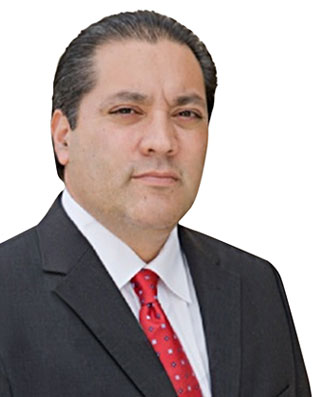 Stephen Ramirez is a partner at Garcia and Ramirez, P.C. Mr. Ramirez is a graduate of Texas Southern University and has been licensed to practice law in the State of Texas since 2001. He has over 10 years of experience in all aspects of immigration law including family based petitions, deportation defense and investor and business visas. Stephen has focused for the past 5 years in the areas of deportation defense as well as state and federal criminal defense. Mr. Ramirez also practices before the 5th Circuit Court of Appeals and files civil claims against the Department of Homeland Security for constitutional or tortious violations of client’s rights

Mr. Ramirez has been recognized for his prose work with juvenile immigrants, some of which were orphans, over the span of his career. He has practiced throughout the Federal courts of South Texas including Laredo, Del Rio, Brownsville, McAllen, Corpus Christi, San Antonio and Houston.

If you are detained, as your attorney Mr. Ramirez believes it is his duty to have you released from custody. If you are facing the possibility of being removed from the country, he will fight to keep you here with your family. If you have been wrongly detained or harmed by agents of the Department of Homeland Security, Mr. Ramirez will pursue justice on your behalf.